Château Laroche-Ploquin has 20 rooms in the castle and 3 rooms in the pavilions of the countesse furnished and decorated in the style of Louis XV or Louis XVI. Each room is fitted out in unique detail, draped with fabrics of the highest quality creating a particular ambience from room to room.

Gastronomy in
a historic setting

History of the Castle

The Chateau La Roche Ploquin was constructed in the 15th century on the foundation of the 13th century fortress for the Betz family, from Betz le Château.  In the 16th century, La Roche belonged to the Huissier family and to the Du Puy family until the end of 17th century.

The Chateau gained acclaimed fame during the 20th century thanks to the owner of that time, Countess Marie Thérèse De Poix, The Countess, who belonged to the resistance network “Turma Vengeance” during the WWII, welcomed many civilians who needed to hide during the Nazi occupation.

The Chateau thus aided the Countess and her network to spare many lives.  A parachute drop of weapons also took place on the property of the Countess.

The Countess was decorated with the Legion of  Honour as well as the Medal of Freedom, the highest civilian award of the United States. . 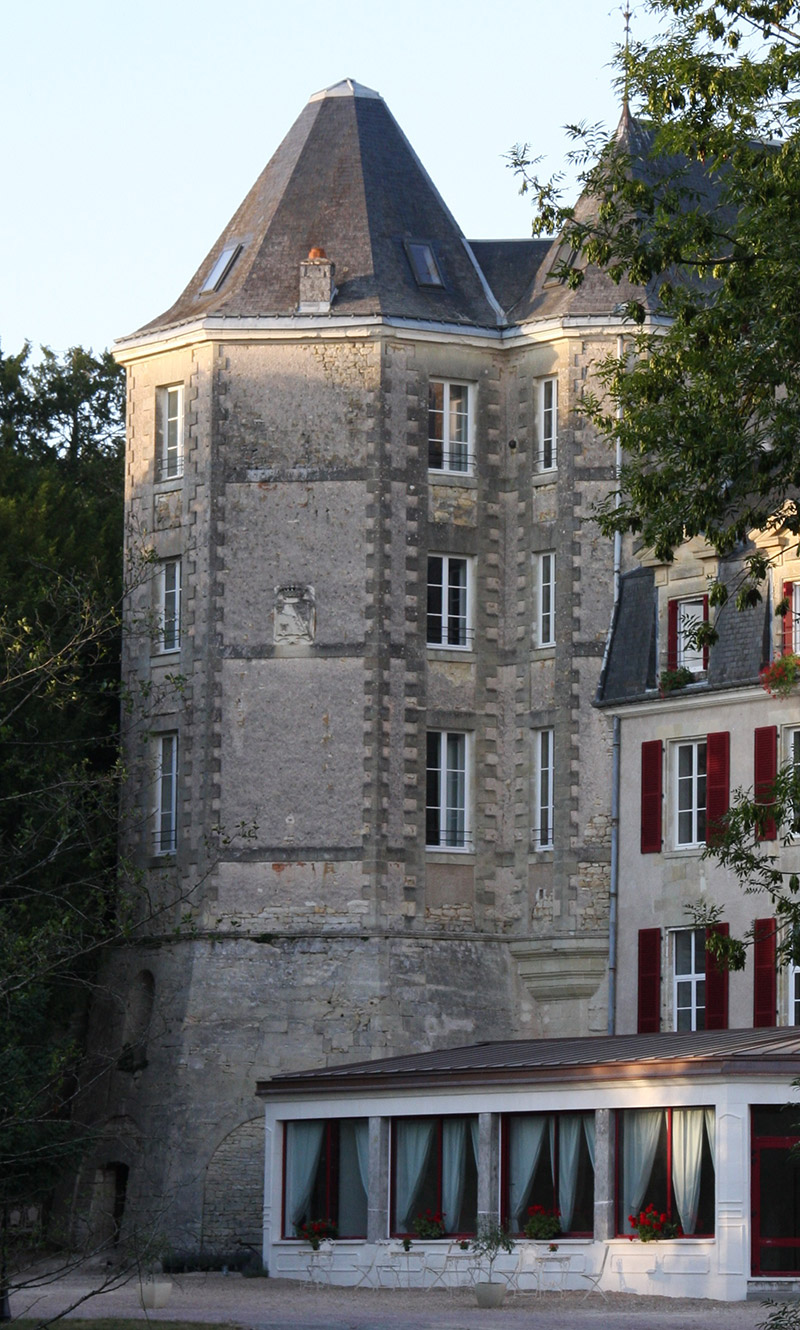